Hoa Lu is a center of Vietnamese economy, politics and culture in the 10th century

The way to build is to take advantage of the rugged natural terrain, harmoniously combine with the artificial city routes, how to take advantage of waterways such as Sao Khe river to make ditches, plus the techniques of building and building used palaces to grasses; woody plants to prevent subsidence, reinforce the walls of walls, architectural works in the muddy Hoa Lu valley environment show how to adapt, how to use the natural terrain advantages of mankind at a range New high on the basis of traditional inheritance using mountains and valleys. In the historical and cultural relics of Hoa Lu and the surrounding area, there are also hundreds of temples, pagodas, shrines, pagodas, etc. Religious and religious buildings exist in caves and roofs. Rock or mountain side are all in harmony with nature and have high-tech architecture, built at different times. Among the above prominent monuments are two temples of King Dinh Tien Hoang and King Le Dai Hanh in the area of ​​the ancient capital of Hoa Lu, with the wooden architecture in the seventeenth century bearing the folk characteristics, including High-quality objects such as stone sifting and fine rock art reached a high level in the seventeenth century. Besides, there is also the temple of Pha Kim princess, worshiping the daughter of King Dinh; Nhat Tru Pagoda is famous for its stone pillar carved in the 10th century. Besides the physical cultural heritages are intangible cultural heritages such as the Hoa Lu Ancient Festival with the flag of wiping the exercises, the procession of water ... or the worship of the gods of the gods, the worship of the Mother Goddess and the others. Other religious beliefs are associated with legendary places. These intangible cultural heritages have existed in parallel for thousands of years in villages - craft villages with historical monuments, are Vietnamese cultural souls. In the context of the Xth century, Hoa Lu capital was formed in terms of advantages of geography, politics, geography - strategy and Dinh Bo Linh had wide social, economic and cultural relations, taking advantage of a way ingenious. Along with the elements of the lineage, homeland, Dinh Bo Linh decided to build the capital in Hoa Lu.

The place of intersection of natural landforms and social culture

Hoa Lu space is an intersection between mountainous and delta regions, an intermediate area between the Red River basin and the Ma River basin. At a narrower perspective in Trang An Scenic Area, Hoa Lu capital city space is a typical intersection between the form of independent limestone karst tower (Cho mountain, Cho mountain, Cot Co mountain, Thanh mountain). Long, Dam mountain, Canh Han mountain) and the terrain of limestone karst cones are connected by sharp mountains (Chu Ma mountain range, Ma Yen mountain range, Mong Mang mountain range, Hang To mountain range ...). The Dinh dynasty built the citadel, linking the karst towers with karst cones into a city with a large valley and a city. If you look introspectively, it is a "movement", a "valley" or rather, a "basin between the nodes". It is possible to develop agriculture and build villages. Can be built into a critical military base. The system of architectural materials involved in building architecture in Hoa Lu Ancient Capital includes materials of brick, tile, earthenware, stone and wood. The common appearance of brick and tile materials together with some earthenware, furniture and stone items in the architectural monuments has indicated that Hoa Lu old has the architectural scale of the world. a city. If you look at the structural relationships, it is a mountainous area, a link between the mountains and the plain, the Muong and the Vietnamese regions; moreover, it is a brick connecting the North and Central, between the Red River basin and the Ma River basin.

Work to do today and tomorrow

First of all, the work of investigation, investigation, research and archaeological excavation in Hoa Lu Ancient Capital Cultural and Historical Site should be implemented. The research results will give us the basis to take the next steps such as on-site conservation of excavation sites, archaeological park for research and tourists, reconstruction of Hoa Lu capital ( Expected in Dinh Tien Emperor's Square) in the near future for today and tomorrow generation to know about the past of the Vietnamese nation, is a tourist attraction for near and far tourists. Deploying a resettlement project for a large number of people living in the area of ​​Noi and Ngoai citadel is also the right thing to do to keep the landscape of the independent limestone tower; along with the appearance of the ancient capital of Hoa Lu, at the same time conducting a conservation project, embellishing the ancient relics of ancient villages and ancient houses to create attractions for tourists, serving the increasing needs of life. living community culture. The values ​​of intangible cultural heritage associated with the monuments in the area and the area adjacent to Hoa Lu Ancient Cultural and Historical Site should be studied, collected, documented and promoted. value, is an indispensable part of humanitarian tourism resources besides material relics.

Hoa Lu Ancient Capital Cultural and Historical Site and other cultural heritages in the surrounding area are extremely valuable archives of Vietnam in particular, humanity in general. The capital of Hoa Lu has great significance in the history of Vietnam and mankind. The preservation, embellishment and promotion of historical and cultural values ​​for the ancient capital of Hoa Lu are even more significant in the context that we need to preserve the culture imbued with national identity in the global trend. chemical.

Nguyen Cao Tan
According to baoninhbinh.org.vn 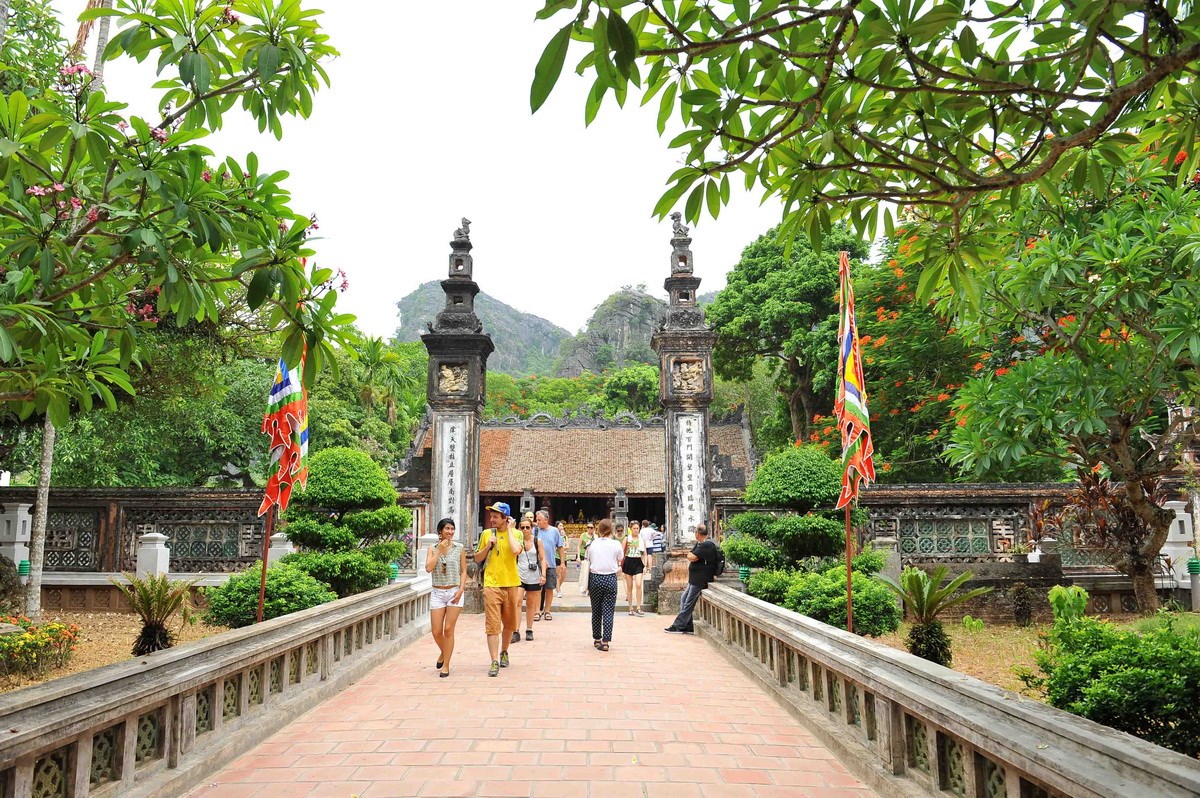 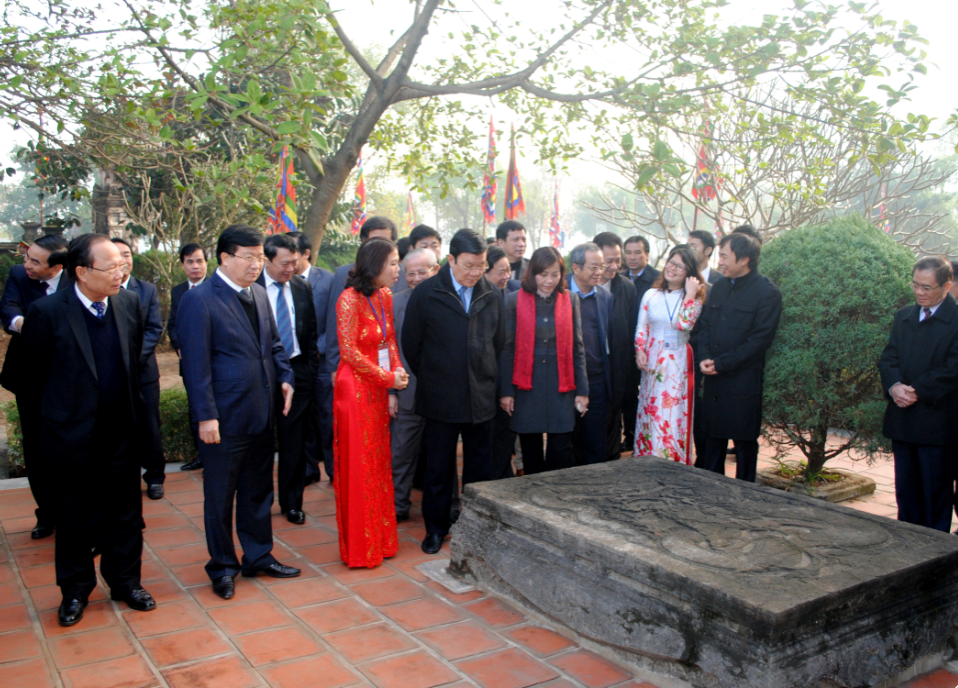 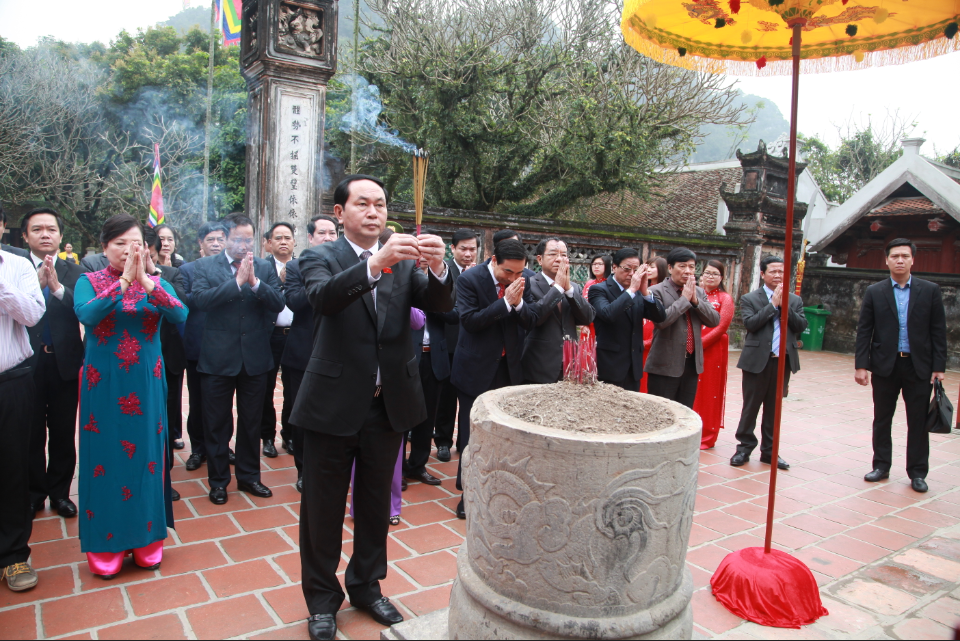 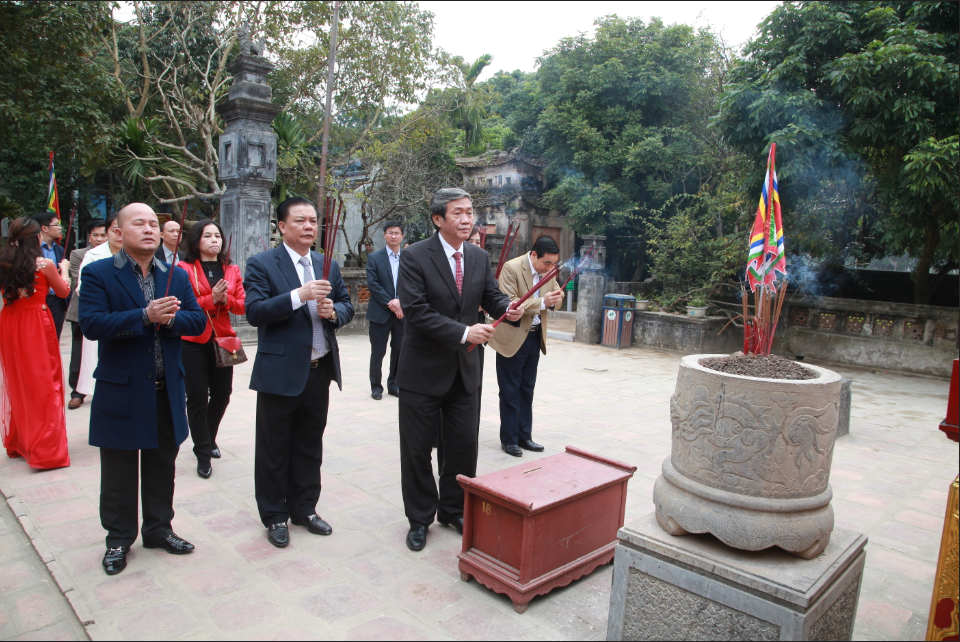 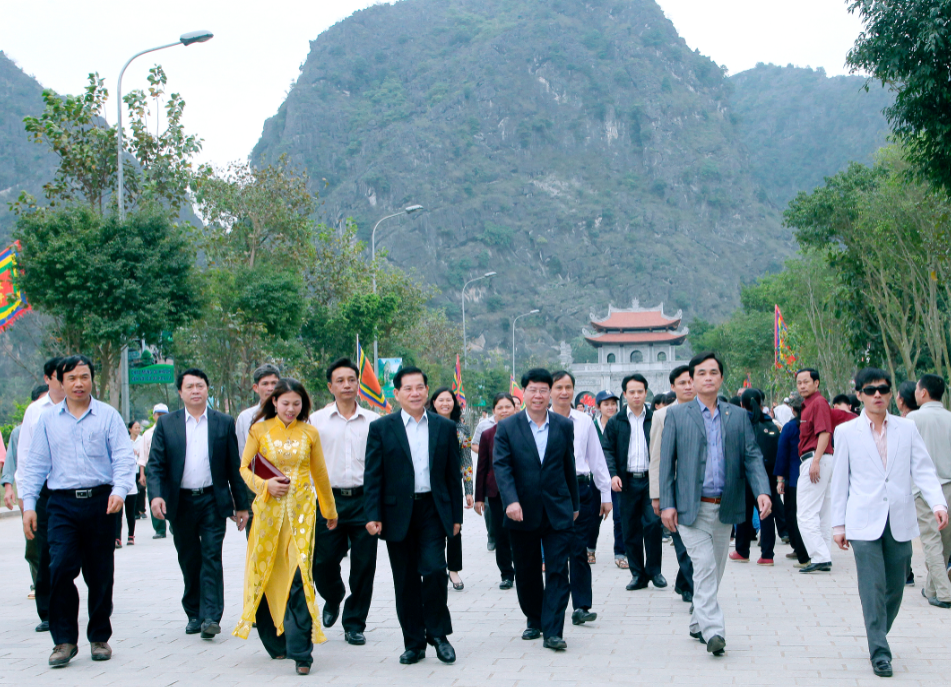 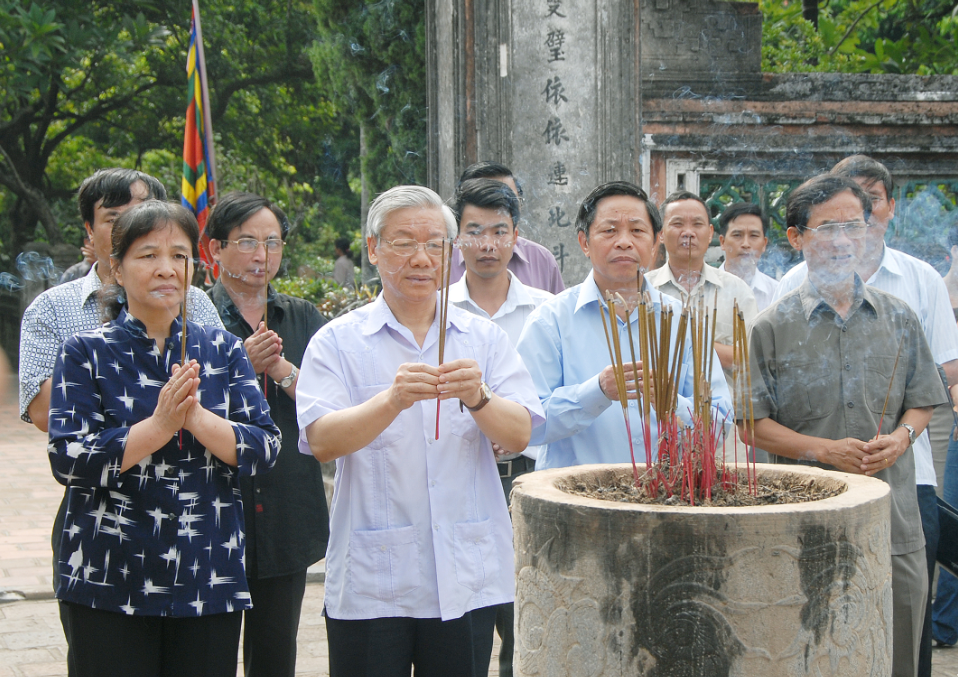 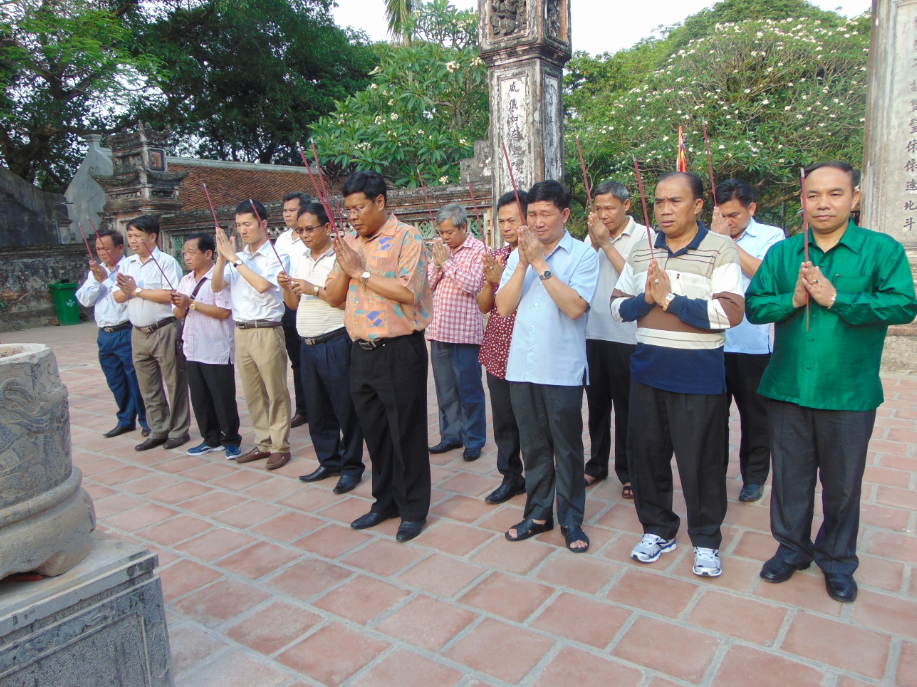 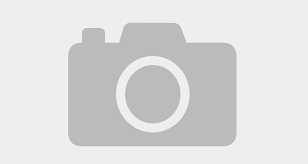 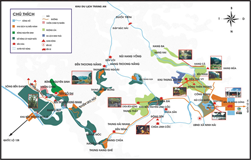